It’s been beautiful weather this week in the Forest of Dean and I don’t know about you, but I’ve been eager to find any excuse to get outside.

Which, between you and me, is quite different to how I’ve been feeling with the endless grey, wet days of winter.

If you’re struggling to find the motivation to keep New Year’s resolutions when it comes to getting fit, researchers have found that exercising in forests is the perfect natural antidote to hitting a steamy, sweaty gym.

I’ve written before about the importance of natural light on mood and health – especially in treating SAD disorder (which has now been shown to effect one in three people in the UK) –  yet a new survey by Forestry England has discovered that while we know what’s good for us, we’re regretting not doing it! Their research showed that over two thirds of people (68%) feel they don’t get outside enough during October and March. Almost four in five people (79%) who agreed they didn’t go outside enough said they regretted it.

Alongside the physical benefits, getting outdoors into a forest environment, plays a significant role in improving people’s wellbeing. Just being among trees helps improves mood, reduces the potential of poor mental health and reduces stress. With mental health consistently hitting mainstream headlines, anxiety and depression is costing the UK economy an estimated £70-£100 million a year, which is shocking. However one of the remedies seems simple – spending as little as two hours a week in nature is effective in maintaining good mental health.

So why not get outside this winter, for the sake of your mental and physical health? [Still not convinced? Here are 12 enticing ways to get outside, even if you’re a couch potato!]

There’s no excuse to stay indoors if you live in the Forest of Dean, because we have amazing places on our doorsteps, including Speech house woods, Cannop ponds and Symonds Yat Rock. Throughout the forest you can be as relaxed or strenuous as you choose with everything available from a gentle stroll to cycling, to horse riding and mountain biking.

“Skipping the gym in favour of a run or walk in the forest is perfect opportunity to get on the path to fitness while also getting fresh air, recharging from the day and taking in the sights and sounds of nature.  And there’s so much to see – even in winter, the tree canopy is alive with wildlife, from long-tailed tits foraging on the forest floor to young tawny owls calling to establish their territory as night falls. It’s no wonder research has found that forests offer welcome distractions in comparison to working out indoors! Spending time outdoors is a win-win for our bodies and our minds.”

With RSPB’s Big Garden Bird Watch coming up this weekend, why not make a start at getting outside more by filling up some bird feeders and seeing who comes to your garden? It’s a great activity and a feel-good one, as it’s important to record the numbers of birds, so we can track survival rates and all do our bit to promote biodiversity.

We know that getting outside when you’re feeling low isn’t just a case of willpower or mind over matter. So if you need help getting healthier, book in for a session. Using a combination of complementary therapies, including Hypnotherapy, NLP, EFT and more, we’ll give you the mindset you need to achieve your goals.

The Health Benefits Of Having A Pet #WorldAnimalDay

The Homeopathy Conundrum: Pseudoscience or a Powerful Complementary Medicine?

Shake Up Your Wake Up with these 5 tips for a Quick, Healthy Breakfast 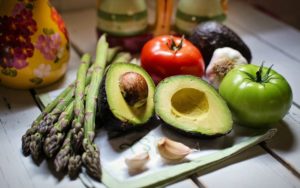 Veganism – A Dietary Fad Or The Answer To Healthy Living? #Veganuary